For women who are pursuing treatment, they must first undergo fertility testing in order to determine both the quality and number of viable eggs in the ovaries. This ovarian reserve testing will give the doctors a better sense for how likely a pregnancy really is.

The Blood Tests for Fertility Testing

If you are trying to get into an IVF program, the doctors will want to know your age. The answer is critical in determining your treatment. Some IVF programs do have age cut-offs; some do not accept women older than 40, but most programs have 42 to 44 as the cut-off. It is prudent to ask your doctor about their success rates if you are contemplating IVF.

It is critical that your doctors first determine the source of the fertility problem, and this of course means that your partner’s semen must be analyzed for any form of male factor infertility. On the first visit to the IVF clinic, a semen analysis will be done.

On this first visit, you will be asked to undergo fertility testing called the cycle day three FSH (follicle stimulating hormone). FSH is the hormone that naturally acts on the ovaries to stimulate the growth of follicles, which contain eggs. The cycle day 3 FSH test measures the level of FSH on the third day of your menstrual cycle (the third day of bleeding).The higher the FSH level is, the harder your brain has to work to wake up those ovaries. So the cycle day three FSH tests the health of your ovaries, and determines how much oompf they have. Whether you are 18 or 45, this test is a must! I have seen many patients in their early 20s who have been seeing doctors for years but have never undergone FSH testing, only to later discover they have an elevated FSH.

In addition to the FSH test, it is also very important to get an estradiol (estrogen) level on day three of a menstrual cycle. A high estradiol level can suppress the FSH level, so if you have the FSH test without the estradiol test, you and your doctor may have a false sense of security. Why the third day of the cycle? This is actually the best time to discover an elevated level because the FSH and estradiol levels should be at their lowest levels at this time. Actually, studies have shown that performing this test during the second to fifth day of your cycle is OK, but beyond day five, the test is worthless because the growing follicles are secreting substances (estrogens and inhibins, which are hormones that signal the pituitary gland to decrease the amount of FSH being made) that will lower the FSH level

A variant and more informative test is the clomiphene citrate challenge test (CCCT). This test consists of you having the day five FSH and estradiol tests, then taking 100 milligrams (two pills) of clomiphene citrate for five days, starting on cycle day five followed by another blood test for the FSH level on day ten (exactly one week after the first blood test). Previous studies have shown that obtaining a day ten estradiol level is not helpful beyond the results obtained from the FSH alone, but getting an additional progesterone level is beneficial.

Most doctors recommend that the clomiphene citrate be a nongeneric form (either Clomid or Serophene) because of worries about drug bioavailability, or how the drug is absorbed and distributed in the body, which may influence the results. Generic drugs are not as effective in this case.

The newest blood test is AMH. AMH is produced by the very early antral follicles, and is a true reflection of the ovarian reserve. AMH can be measured at any point in the cycle (unlike FSH and estradiol levels which need to be measured between days 2-5 of the cycle), and can be measured even when patients are on the birth control pill. It is a much better marker than FSH, and as good as the antral follicle count (AFC) (see below). AMH has replaced basal FSH level as the best blood test for ovarian reserve.

Recent studies suggest that obtaining an inhibin-B value in addition to the day three FSH/estradiol and CCCT to be a rather weak predictor of ovarian reserve. This is a blood test that measures the substance called Inhibin-B in the body. However, the test is not specific enough to indicate ovarian reserve by itself, and most insurance companies will not currently pay for this test. The test is extremely rarely, if ever, ordered now that AMH holds a distinct advantage as the best marker for ovarian reserve.

Most recently, the use of the ovarian volume and number of antral follicles (AFC) has been repeatedly proven to be the best markers of ovarian reserve. This is not a blood test, but an ultrasound examination. On the third day of your period, an ultrasound examination is performed using a vaginal probe. We look at both ovaries, record the three dimensions of each ovary, and then count the number of small follicles in the ovaries that are two to ten millimeters in diameter (called antral follicles). This test seems to be more specific than either the day three FSH/estradiol or the CCCT in that the test is performed during the cycle in which you are being treated (if you are undergoing ovulation induction or IVF). This is in contrast to the day three FSH/estradiol and CCCT, which are usually performed a couple of months before any treatment cycles.

I have been performing this test for about four years now and it has shown to be very predictive (better than FSH) as to how well you will do in response to the fertility medications. Women with small ovaries, and fewer than five follicles per ovary, have a much higher chance of failed treatment cycles. Recent studies have shown similar results. However, this concept is still very new, and some doctors may not be familiar with it.

We all deal with multiple insurance carriers, and most IVF doctors require their patients to go to different labs that use slightly different testing methods (assays). There are multiple assays for FSH, for example. These different assays will have different ranges of what is considered normal. It is very important for you to know that these normal ranges were based on testing groups of women at different ages. They did not test infertile women, and therefore, what may be a normal result according to the lab may be high for your doctor’s practice. The cut-off I use is based on the FSH levels of infertile women. A value at the University of Maryland may differ from that at Cornell or NYU, for example. So now that you know about this assay variability, please ask your doctor what is considered an abnormal FSH level at their clinic

Some women, especially as they get older, have a high FSH one month, only to have a normal FSH the next. Does this mean that they will get pregnant? What about those who have two high values and one normal? Studies have documented that those women with consistently high FSH have very little chance of conceiving (less than one percent, even with IVF), and those who have one or two normal values and one or two abnormal values have about a five percent chance of conceiving. These women are fast approaching sterility, and their chances of conceiving are much improved with donated eggs from a young donor.

Fertility testing is a must for any couple hoping to become pregnant. For those women with normal ovarian reserve test results, it is important to remember that normal results do not assure conception. Pregnancy is a complicated business that relies on a number of factors. The value of the test only exists if the test is abnormal, and it is very important that you understand this concept to avoid undue stress and aggravation.

For women who have diminished ovarian reserves, their chances of conceiving are severely limited, and when they do conceive, they have a very high chance of miscarriage. For my patients with limited ovarian reserves, I recommend that they pursue the possibility of using donor eggs, or pursue adoption. However, just as some men with very low sperm counts can sometimes father a child, a woman with diminished ovarian reserve can sometimes conceive and have a normal child. If there is one thing you learn from being a doctor, it is you should never say never.

Contact us to learn more about fertility testing and treatment. 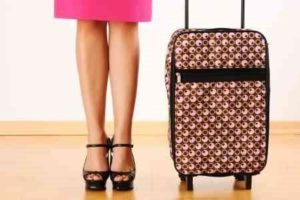