What is IUI and how does it work? 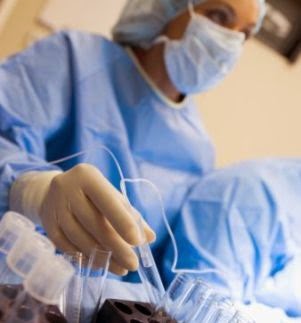 Intrauterine insemination (IUI) is the most common type of artificial insemination. IUI is most often prescribed as an infertility treatment in cases where couples have been unsuccessfully attempting to get pregnant for an extended amount of time and other causes of infertility have been ruled out. The IUI procedure consists of five steps:
Step 1
Fertility drugs are prescribed to stimulate the growth of two to three eggs to maturity. Typically, Clomid®, Tamoxifen, or Letrozole (Femara)pills or Gonadotropin injections are given to nurture the growth of follicles, which cause ovulation to take place
Step 2
Monitoring of the drug treatments is conducted to measure the growth of follicles and to control the drug doses based on the patient. Because fertility drugs can produce multiple eggs, monitoring is also needed to reduce the risk of multiple pregnancies. Blood tests are used to measure estrogen concentrations, and an ultrasound is used to measure follicular development
Step 3
When monitoring shows the maturity of at one to three follicles, the patient receives an injection of the hormone hCG (human chorionic gonadotropin) which induces ovulation
Step 4
Here, the actual artificial insemination (IUI) procedure is performed.  On the morning of ovulation, a sperm sample is provided by the male partner, prepared for the IUI. With a catheter, the washed and concentrated sperm sample is inserted through the cervix, into the uterus of the woman. The IUI procedure is fairly painless and uncomplicated
Step 5
Usually two weeks after the IUI procedure, a pregnancy test is performed

To learn more about the VCRMED IUI procedure and costs, you can visit: https://www.vcrmed.com/iui-success-rates-virginia-center-for-reproductive-medicine-in-reston-va-virginia/